I am currently working on a 2-year-old NextJS application with the aim of implementing Contentful previews through the use of NextJS API Routes. The functions have been developed and they work fine locally. I am, however, having a tough time deploying them to Netlify.

The custom functions directory has been specified in the netlify.toml file as shown below;

I have tried the following to fix this issue, all to no avail.

I really will appreciate a hint at what’s missing here. 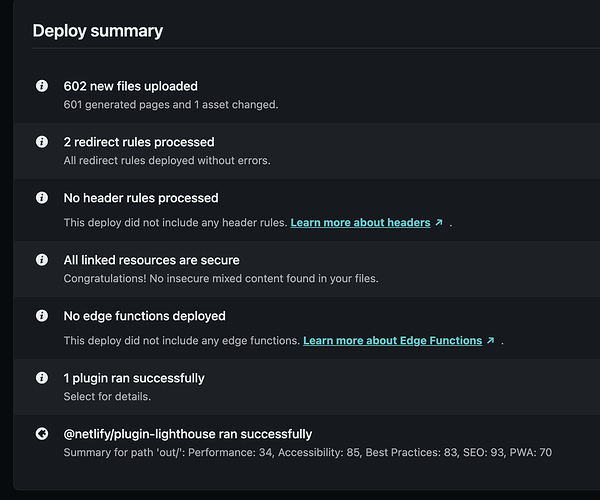 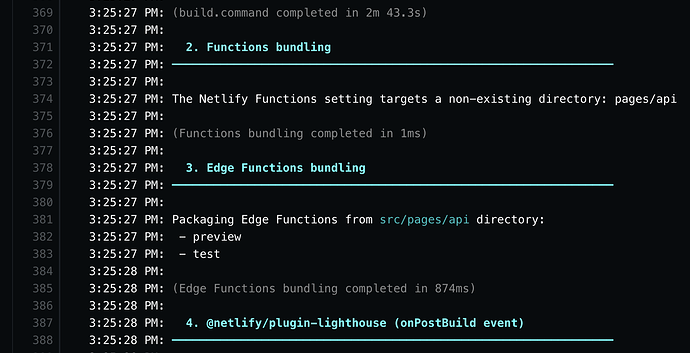 Did you declare the Edge Functions as explained here:

Create declarations to configure edge functions to run on specific URL patterns as edge functions aren’t auto-assigned a URL route to use as an endpoint.

The declarations worked, and the edge functions have been detected and deployed.

A little more probe though, I created a new Next.js 13 project, and the edge functions where automatically detected without having to declare them.

Why weren’t they automatically detected for this project?

What I want is to have the Next.js API Routes deployed and accessible. Without the declaration, I am getting a 404 error when I try to access the function endpoint.

and the edge functions where automatically detected without having to declare them.

Which ones? The ones created by you or one created by Next.js Runtime? If it’s the latter, it worked because the Runtime declared it for you during the build. If it’s the former, it sounds unlikely that it would work without declaration.

It was the boilerplate API route that was generated alongside the Next.js project.

@hrishikesh any insight on this?

Do i need to make a clarification on the issue?

Bumping this as there’s not been a response from you.

It was the boilerplate API route that was generated alongside the Next.js project.

It’s still not clear what that means. What boilerplate API? Next.js API routes don’t run on Edge Functions at the moment.

What was amiss for anyone experiencing this issue was the netlify/next-runtime.

You need to follow the manual installation process to install the runtime in order to have the Next.js API routes deployed.

thank you for coming back and letting us know what you used to resolve this problem and providing documentation. This will help others on this in the future.