No such file or directory, open '/opt/build/repo/package.json' issue

So I’ve spent many hours now trying to deploy my angular application but without any success. 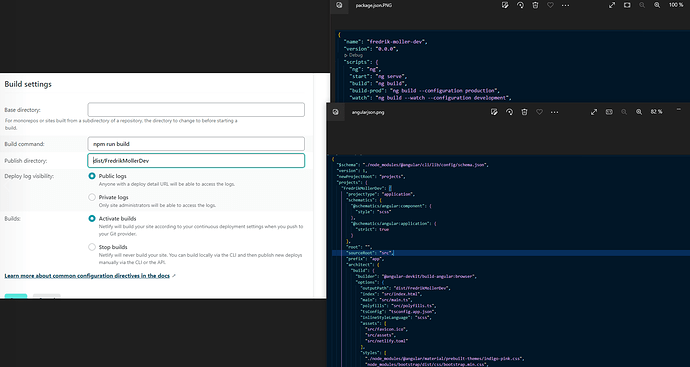 I have removed dist from gitignore and added a netlify.toml file without any success.

and here is my git repo as well… https://github.com/Fredrikmoller1324/myWebsite

Apparently I was in the wrong folder at the very end…

Indeed @Mulelr, it appears the base directory was not correctly set. Have you succeeded in correcting this issue and deploying?

If you want Netlify to do the building, based on what I see in the repository, you would set the base directory to FredrikMollerDev, build command to npm run build and the publish directory to dist/FredrikMollerDev as this matches the outputPath set in the project’s angular.json.