The one thing I am missing here is: “We will make sure to send out AT LEAST an email to all affected customers, the moment it’s clear that sites are down”

Hi @fool thank you for the thorough explanation.

Is it possible that there’s a gap in the logging - e.g. containers that didn’t start didn’t produce logs, or a service-connection bug stopped logs from being transported?

This would explain the gap between what you describe and what we observed.

Regarding the frustration: imagine your site goes down and your carrier refuses to acknowledge even in hindsight there is a downtime incident.

This is why I think there were failure modes you didn’t see in your charts.

Could you tell me what sort of site you have? The impact as I understand it was more about “what your site layout is” - do you use proxying, or functions? password protection? On demand builders? Is your site used constantly (and thus would be in cache), or rarely (and thus, would be uncached content with which we were struggling)?

Certain features were heavily impacted; most customers do not use many of those features though.

Literally just static HTML. Nothing that could break. We also tried connecting directly to alternative routes, bypassing the domain and just using the Netlify app URL, etc. and all was 500 or 503 throughout

We were mid-build when the incident started. Is it possible that the update and build happening together caused the service to be “lost” in a way which didn’t emit logs (example: internal auth became invalid or IP address changed and lost communication with the pod, which could include log transport)? Or some other form of corruption.

Our site was literally static HTML. No tooling. No build step. Obviously HTML can’t emit 500-series errors. And it wasn’t intermittent and certainly wasn’t a latency issue. I think this was not the issue you describe in your incident report but but likely some complication of it.

No advanced features. Pure HTML. But a fresh build would have invalidated the cache. Could the build during an issue have written a corrupt cache?

Something along these lines would make sense, as you seem quite sure there was no complete outage for any users. We are certain there was. So this leaves failure modes which are invisible to observibality.

given that sometimes parts of Netlify go down when our customers sites are impacted by an incident, the safest and best way for us to interact with customers such as yourself is to use an external service like Statuspage. Prior to using statuspage, we did have our emergency infrastructure impacted by incidents, and were unable to communicate reliably at all, which is of course terrible and very unhelpful on about a bazillion levels. So, we try and make things as simple and off-service and user-error-by-our-team-when-s***-hits-the-fan proof as possible.

While I understand that you’d like to have a real time way to hear about service impacts, an email from us directly isn’t going to be part of what we can offer.

you can, though, subscribe to status page alerts - there is more information on that available here:

Important: Is Netlify down? Keeping up with Netlify Status Support Guides

Do you rely on accurate knowledge of our system’s status? Our current status is shown at https://netlifystatus.com and is the single source of truth you should consider regarding system-wide issues. To keep up with the latest info via push notifications, for both scheduled maintenance and ongoing incidents, you have some options: Use our RSS feed! We provide an RSS feed of the content in near-realtime: https://www.netlifystatus.com/history.rss). You can subscribe your Slack instance to our (…

let us know if you have more questions!

could you share the API ID (safe to share) or netlify site name of one of the sites that was impacted the way you are describing so we can do some more sleuthing?

Thanks @perry for enabling me to make more posts.

Any news on this?

A bunch of sites went down with 500 codes. There were many many posts. The incident log, text, and categorization still doesn’t acknowledge partial outage 20hours later.

Thanks so much for following up. Our team is working hard to analyze not only what went wrong, but also what we can improve for the future. We will post a full write up on our status page. Additionally, I will share the link here when it is live.

Here is the write up of yesterday’s incident, shared on our status page: Netlify Status - Increased errors and latency affecting multiple services

Please do not hesitate to follow up with additional questions,
Hillary

We also experienced very significant downtime on our sites. We are close to going live with one of these sites - and are of course concerned about yesterday’s events. A way in which you could help is provide suggestions on what services we could use - and how best to integrate them with neflify - to serve a cached version of the site when netlify has issues. Given what happened yesterday - we need to setup such a service before we can consider going live with the site.

Hi folks and thanks for all your continued thoughtful input! We brought a lot of it to the team including our head of engineering and sales teams and we have made a lot of plans to continue improving not only how we communicate but how we can help our network and your sites be more resilient to similar issues in the future.

Wanted to provide some specific followup to folks who gave additional feedback or asked about specific sites, and again in the spirit of transparency I’ll share this here since these factors influenced everyone who experienced trouble loading their sites yesterday:

Having reviewed the sites reported by @google5 and @ajoslin103 I can tell you why you received 500’s: your sites were not cached on our CDN. Your usage was extremely low before the outage, and thus, your content generally was not in cache. While this is less of a “how to avoid this problem” which @allansolutions has requested, it is some guidance as to why your sites were not as resilient as those of many other customers during the incident yesterday; they had very low usage. I won’t out you specifically on numbers, but I looked over the preceding 2 days in our internal logs and your usage was not rather low on both of those API ID’s.

Since our caching is opportunistic - meaning we don’t “add things to cache” unless people are requesting those assets actively. So, if nobody requests any assets for awhile, they will drop out of cache. Our cache is further per-CDN-node, so having it in cache on one node will only help people who are routed to that node; our other 80+ nodes don’t share that cache directly.

I don’t have any good and cheap suggestions for you, @allansolutions . Either you can:

One thing that we have immediately changed is that we’re going to suggest on any incident that affects uncached content not to deploy. Deploying clears the cache! So if you try to deploy to fix the problem…that will only make it worse. Leaving that note here since that is something immediately actionable you can consider in future similar situations, should there be any.

These aren’t suggestions that you need to change anything. But I think with an uptime of 99.99% in pingdom over the past year on the CDN everyone in this thread uses, I feel like we are doing pretty well even for our 0$ customers. Not that we don’t want to do better, and aren’t always trying - but we aren’t down most of the time or even much of the time.

Hopefully that transparency enables everyone here to make the right choice for their business.

You guys do amazingly.

Thank you @fool for the write-up. This is approximately what I suspected had occurred.

The issue I have is the discrepency between what we know occurred (serving outage for some users) - vs. the official stance (no mention of hosting outage even in the postmortem writeup).

From all the anecdotal reports, and from the investigation you mentioned - it’s an outage which affected some users but not all. Surely this is the definition of the “partial outage” tag. There’s no mention of different infrastructure-reliability tier on the pricing & plans page.

Core infrastructure (serving) going down should be treated as an outage regardless of significance of the user. The same people building free sites also have day-jobs with large-enterprises.

It’s TOTALLY fair for lower-plan users to get hit worse. This shows good design. But transparency would be:

When a secondary more severe issue hits less important users, why wasn’t that logged/communicated. It TOTALLY fine that less expensive tiers get hit, but how can you say that serving completely stopping for those users doesn’t even count as an incident.

Thank you for the lively conversation and the push to help us be better! I am incredibly sorry for the incident and just as the awesome netlify support team have pointed out, we are all committed to doing better at every opportunity and this was a BIG opportunity. In the future we will ensure we are clearly articulating the user experience in the event of failure, during the incident we choose what we thought was best to describe the user experience based on our understanding of impact, system monitors, and our runbooks. We are committed to being transparent and as accurate as possible when issues arise and have taken this feedback seriously, although we did not have a hard system outage, it was still a partial outage for those who did not have cached content and the user experience felt like an outage although our systems were up, they were just in a degraded state but that is not what was experienced. I completely agree we can do better and I am committed to ensuring we do. I appreciate the feedback and commentary and look forward to serving y’all better!

The thing is - it was a partial outage (as you say). 9 days on from the incident it’s clear it’s official categorization will remain degradation.

To me where the records don’t match reality that’s a bad look. And at the time it was certainly very frustrating.

This is basically a documented case of under-reporting downtime.
If that’s the practice - it casts significant doubt over uptime figures & other stats.

When Netlify’s record is genuinely excellent, why cast that shadow.

This appears to be an issue with Netlify at the moment. Our status page is going live as we speak about it. This should be resolved soon. Thank you for your patience. 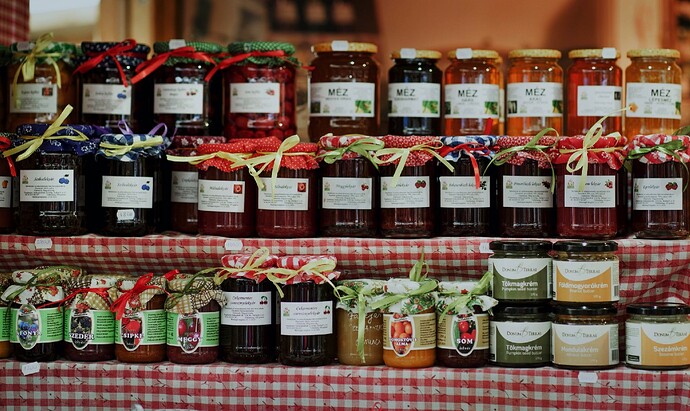 ( or how to migrate from Netlify )